Lanzarote is the easternmost island of the Canary Islands, it is identified by the great number of volcanoes that cover it due to the volcanic activity of the early XVIII century.

Already known in ancient times by Phoenicians and Romans, Lanzarote was inhabited by people of Berber descent, at least for some two thousand years. These people, called Majos, lived on grazing, fishing and a very limited agriculture. In the late Middle Ages there were visiting Genovece or Castilian sailors, until the Norman Jean de Bethencourt, under the command of the Spanish crown, began in the south of Lanzarote the process of winning over the entire archipelago.

The Island of Lanzarote is quite small and measures 60 Kms by 40 Kms , so you are never far from anywhere. Lanzarote’s beaches are an invitation to enjoy the sea which bathes its shores, as the annual average water temperature is around 19.5 º C. The sea in Lanzarote, usually quiet and friendly, invites you to enjoy the many beaches that dot its coastline, but also offer other opportunities for enjoyment, in addition to regular enjoyment of beach and sun, through sports Or boat trips, due to good weather prevailing throughout the year, the long hours of sunshine and high average temperature of sea water.

Lanzarote is a Biosphere reserve, it was the second such reserve in the Canary Islands, adding a new component: for the first time it was declared by UNESCO a territory as a whole, including all of its population cores. The perfect symbiosis achieved in Lanzarote between man and nature is undoubtedly the main reason for this international recognition.

The great eruption of 1730-36 covered one third of the island and disabled its best growing areas. The benefactor mantle of black sand which, along with the walls of volcanic stone, makes a thermoregulatory function, preserves vegetation soil moisture both from the high sunshine and the almost constant prevailing wind. The work of the vineyards are conducted in a entirely manual way as the frame of harvest prevents mechanization and irrigation. Artisanal process from planting the rods to the gathering of the grapes. Malvasia predominates, its a grape variety well suited to the enviroment, small and of high quality for its balance, flavor and fragrance that then moves to the wine. It is precisely this grape which gives the wine of Lanzarote its nuance, mainly white gold. Other varieties are: Muscatel, white and black lists, Diego, and Burra White Negramoll.

Below you’ll find all useful information to avoid surprises and maximize your stay in Lanzarote:

Documents required: To travel to the Canaries the only documentation that you should carry is your identity card or passport, when your country of origin is part of the European Union.

Medical care: It is advisable to hire a travel insurance that includes medical assistance. In this way you will be free to go to your assigned doctor in case of any need.

Baggage: With an average annual temperature of 22 º and almost 300 days of sunshine, it is more advisable to, as well as beachwear and sunscreen, bring comfortable clothes and some fresh and not too warm sweater for the evenings.

When to go: Given the prevailing climate in Lanzarote over the year, sunny and rainy, there is no such thing as tourist season. Therefore the holiday period can be enjoyed anytime of year. The high season is concentrated in the summer and holiday periods such as Christmas or Easter.

Renting a car: to be able to rent a car requires a driving licence. When using your own vehicle you must also have your vehicle’s and car insurance papers in order.

Time zone: Lanzarote, like the rest of the islands in the Canary archipelago, follows the GMT (GMT) throughout the year except between April and October, which changes and becomes GMT +1. The Canaries is an hour behind throughout the year regarding the Iberian Peninsula. 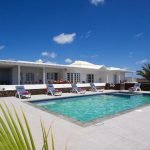